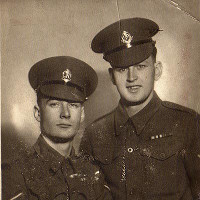 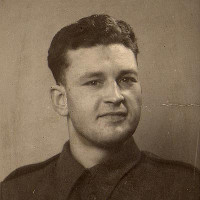 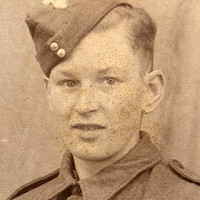 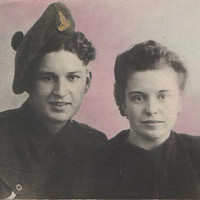 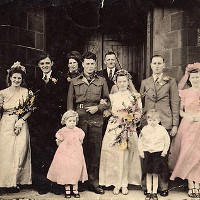 Harrold "Harry" Bougourd was born on the 2nd May 1922 at Le Bourg Farm in the parish of Forest on the Island of Guernsey. His father, William Horrace Bougourd was a retired career soldier in the 12th Royal Lancers and worked as a horse checker on the docks for the Great Western Railway, sadly William was drowned in the harbour as a result of the blackout. This was to be the first of several incidents that left deep marks on Harry's life.

On the 28th of June 1940 Harry's uncle, Clifford "Chipper" Bougourd, a police officer and former member of the Royal Guernsey Light Infantry was seriously wounded whilst trying to help civilians during an air raid, he died the following morning. The following day the 30th June 1940 Harry and his mother decided to evacuate from the island and they were on the last boat to leave the island before the Germans arrived.

They arrived in Plymouth and found lodgings. The next day Harry decided to join the Royal Navy, but was told it would take up to 3 weeks to get in so he went around the corner and enlisted in the army as a member of the Royal Welsh Fusiliers. He often used to tell the tale of his first night in the army having to sleep on a straw filled mattress.

Later in the war he transferred into the Royal Artillery and was posted to 131st field regiment 319 battery based in Glasgow, by all accounts he was a bit of a "Jack the lad". I remember him telling me that on one occasion an Officer called him a Guernsey bastard, Harry punched the Officer and told him "you can call me Guernsey, but not a Guernsey bastard". As a result of this incident Harry was sent to Barlinie Prison in Glasgow as a military prisoner for 30 days, after this incident his nick name to his mates was Bolshey.

Harry's fondest memories were of the time he spent in the North East of England. One of the first tales he told of his time in the North East was when the unit was on Exercise near Warkworth in Northumberland, the battery were told that they were going to move out and they were ordered to dump all the spare food into the river Coquet . Harry seeing this as madness in the times of rationing took the food and gave it to local villagers.

319 battery was moved to Craghead in County Durham. Harry's billet was in a factory called Webware. He told me that his bed was under the front window and that whoever had been billeted there before him had painted the badge of the Royal signals on the wall above his bed. The locals adopted members of the battery and made sure they never went without.

It was in Craghead that Harry was to meet his wife Doreen [nee Keown] who he was to marry in 1945. After leaving Craghead in 1944 Harry served with 319 until April 1945 when he transferred to the Royal Norfolk regiment and then on to the Green Howards, because he desperately wanted to be in the regiment that was to liberate Guernsey, unfortunately he was never in the right regiment. After V.E. Day Harry transferred again, this time into the Royal Corps of Military Police. He stayed them with until he left the army in 1947.

This page is dedicated to my Grandfather.